The government has done it the way, it should have been done long ago, by approving a special window fund of Rs 25, 000 crore for completion of stalled housing projects in the affordable and middle income groups. As a sponsor, Government would contribute Rs 10,000 crore while the Life Insurance Corporation and the State Bank of India would be partners in the   AIF (Alternate Investment Fund) debt fund.

The proposed fund , approved by the Union Cabinet, on November 5 ,2019, would be  registered with the market regulator , Securities and Exchange Board of India and  be managed professionally by SBICAP, as investment manager.

As many as 16,000 projects with 4.50 lakh housing units are stuck for years together, according to a Finance Ministry estimates, government officials said at a media briefing. The stalled projects have  put lakhs of homebuyers into economic misery and resulted into huge non-performing assets in the banks.

Significantly, the projects which have gone into insolvency but have not been recommended for liquidation can also avail of the last mile funding from the AIF. Thus, projects like Jaypee Infrastructure with over 20,000 home buyers stuck, can also be helped.

One of the effective ways to deal with the present state of economic slowdown would be revival of the housing and real estate which is considered the second largest pool of employment after agriculture. This sector has a close rub-off with the rural economy, as a large number of construction workers switch over from agriculture in non-sowing or non-harvest season.

Besides, a whole lot of industries like cement, steel, electricals, plywood can ride back to recovery with the help of revival in the real estate.

It is a case of late coming, but right coming (Der Aaye, Durast Aaye). 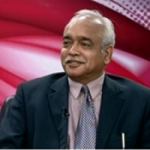 10 days leave must for bank staff in ”sensitive areas” , says RBI. To rein in frauds

10 days leave must for bank staff in ”sensitive areas” , says RBI. To rein in frauds